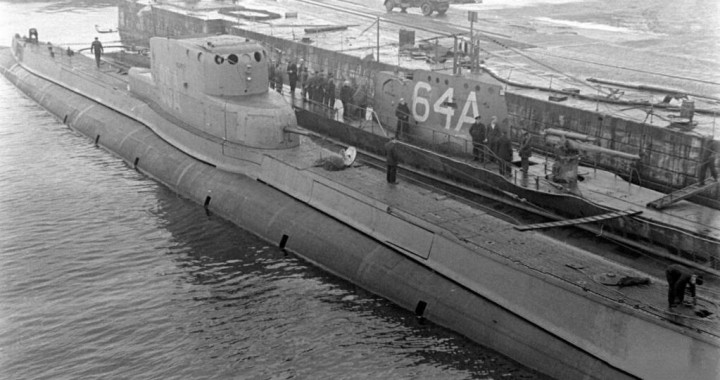 The Board of the Naval Defense Funds submits to the Government of the Republic of Poland an amount of PLN 2,902,879.41 and requests the expenditure for the construction of the submarine.

Negotiations are underway for the order of the submarine in the Netherlands.

On behalf of the Government of the Republic of Poland, Rear Admiral Jerzy Swirski signs a contract for the construction of two submarines with Koninklijke Maatschappij “de Schelde” in Hague.

Placement of the keel for a new Polish submarine on the ramp in Vlissingen.

Assembly of main electric motors on the ship.

Baptism and launching of the ship. The godmother of the ship is Jadwiga Sosnkowska. During the launching ceremony, the ship receives the name ‘Orzel’ (Orzel).

First docking of the ‘Orzel’.

First exit of the ‘Orzel’ into the sea in the Delta Skalda.

The second docking of the ship.

A ceremonial raising of the Polish flag on a ship.

Arrival of a ship to Gdynia-Oksywia.

Official welcome of the ‘Orzel’ in the Presidential Quay in Gdynia.

‘Orzel’ becomes the flag ship of the squadron commander.

The ‘Orzel’s crew is witnessing the bombing of Gdynia and the Hel Peninsula.

According to commander of the ship, from 2 a.m. to 6 a.m. she lies at the bottom, at a depth of 15-16m. Then she patrols in the vicinity of Hel. According to the second scenario, ‘Orzel’ spent most of the day at the bottom, emerging at dusk. At 22:00, during a direct naval meeting, an information is exchanged with commander of ORP “Wilk”.

The ‘Orzel’ leaves the designated sector and goes to Gotland.

The crew is carrying out repair work on damaged ballast tanks.

Supervision along the coast of Gotland. Detection of unarmed ship “Bergen” or “Bremen.

She conducts a patrol between Gotland and Estonia. ‘Orzel’ connects with ‘SEP’ through the radio.

Health worsening of the ship’s commander.

According to the commander of the ‘Orzel’, she was carrying out the patrol in the Brüsterort Cape where she arrived at the break of dawn on September 8. According to the second scenario, the ship was between Gotland and Estonia. On September 10, the ‘Orzel’ sends a report to the commander about the Squadron Captain’s disease, which prevents him from commanding the ship. In response, the fleet commander recommends to dropp the captain off in a neutral port and act under the command of his deputy or approach to Hel to replace the commander. Second Lieutenant Commander H. Kłoczkowski decides to call at Tallinn.

Health worsening of the ship’s commander. The ship goes to a distant Tallin.

At about 21:30 ‘Orzel’ enters the Tallinn’ stead near the Paljassar peninsula.

From 1:00 to 3:00 am, another Estonian officer arrives aboard the submarine, who is informed of the compressor failure and the disease of the commander. The Estonian side informs that the German merchant vessel Thalatta is staying in port and that, in accordance with the international law, she will be leaving the port as a first and that the ‘Orzel’ will not be able to leave Tallinn sooner than 24 hours after Thalatta’s departure from the port. Lieutenant Commander H. Kłoczkowski goes to the hospital. In the afternoon, the ‘Orzel’ is interned and deprived of the logbook and maps.

Disassembly and confiscation of ship’s armament, firearms, artillery ammunition, locks and fourteen out of twenty torpedoes.

At. 03.00 the ship’s crew disables two Estonian sailors, cuts telephone, electrical cables and hawsers, and ‘Orzel’ starts the maneuver of the departure from the port. During these maneuvers, the ship enters the bow at the underwater pier and temporarily becomes immobilized. Estonians open fire from machine guns and coastal artillery. ‘Orzel’ descends from the underwater obstacle and leaves the port. The ship’s commander informs Hel with an open text about the escape and lack of cipher and maps.

‘Orzel’ receives a radio message about her escape and information of German propaganda regarding the accusation of the crew for the murder of two Estonian guards. On board, navigator second lieutenant Mokrski draws handwritten maps of the Baltic and Danish Straits on the basis of the old lighthouse inventory.

She arrived near Gotland, where two Estonian sailors were dropped off.

‘Orzel’ is heading to the region of Öland island.

She attempts to torpedo the German ship and enters the shoal. While descending from it, she is attacked by a German seaplane.

The ship’s commander decides to cross to England.

She goes to Falsterbov cape. Then on the middle branch of Sundu to Drogden Canal, where she meets the patrols of Swedish and German ships.

The ship passes by Helsingor and Hälsingborg.

The ship enters the Skagerraku water.

‘Orzel’ heads to the shores of England through the waters of the North Sea.

A distinctive signal and position were given from the ship at 06:00. Five hours later at a distance of 30 Mm from the Isle of May ‘Orzel’ meets the British destroyer ‘Valorous’, which leads him to the port of Rosyth.

The Chief of Naval Command, in daily Order No. 2a, expressed his highest appreciation to commander of the ORP Orzel – Jan Grudzinski, for all actions taken and praised the officers and crew of the ‘Orzel’.

Passage of the ‘Orzel’ from Rosyth to Dundee where it is to be placed in one of the two dry docks at Caledon Shipbuilding & Engineering Company Ltd.

General Sikorski and Rear Admiral Swirski’s visit in Dundee, for a distinction of a part of ORP ‘Orzel’s crew.

End of ship repair and transition to Rosyth. She is incorporated into the Second Flotilla and receives the 85-T tactical mark.

Award of the Distinguished Service Order given to the Captain J. Grudzinski.

‘Orzel’ takes part in the escort of a convoy from Lerwick in Shetland to Bergen.

The ‘Orzel’ along with other escort ships carried the convoy from Bergen to Firth of Forth.

‘Orzel’s sixth individual patrol, during which she disappeared in unexplained circumstances.

Navy Administration of Republic of Poland issued the following message:

Due to lack of information and no return from patrol within the deadline, the submarine ‘Orzel’ of the Republic of Poland should be considered lost.